There are a handful of things that bring you back to a bar again and again, especially in an area chock-full of new options. Ambiance, sure. Drink prices. Peer pressure, alive and well in adulthood. But the spots that keep me coming back have always featured at least one top-notch bartender.

The best drink slingers can know what you want before you order and still be open to offering suggestions. They like people but don’t suffer fools lightly. When I think back on all of my favorite bars, places the Garden (R.I.P.), Ale and the Witch and Cycle all had that in common while otherwise being very different.

Our correspondent talked to popular bartenders at Cask Social Kitchen in Tampa, the Reading Room and Room 901 in St. Petersburg and 1933 Pub & Grill in Clearwater. Kick back and read up on what these wise sages have to say about their trade.

What’s the most popular cocktail at Cask?

Old Fashioneds are huge right now. There’s an old saying: vodka pays the bills. Anything with vodka really sells. We’ve got two vodka drinks on tap right now. Of drinks off the cocktail list, they are our No. 1- and 2-selling drinks. One is Tito’s Lemonade. It’s Tito’s vodka and house-made lemonade. Simple, elegant, easy, refreshing. The other is Black Bubbles, which is Ketel One vodka, St. George raspberry liqueur, blackberry puree, simple syrup, lemon juice, water, and sparkling wine.

Aside from the return of classic cocktails, how has cocktail culture changed in the decade or so since you’ve been bartending?

You’ve still got people who just want to drink vodka sodas and bourbon and gingers and that’s all fine. But you’ve now also got a class of clientele that wants an elegant drink in a nice glass and isn’t there just to get f----- up. They’re interested in a drink that tastes good. They’re interested in tasting the difference between a bourbon Manhattan or a rye Manhattan and a Plymouth martini or a Tanqueray martini. They’re not just pounding Long Islands on a Friday night to make bad decisions.

You invented nearly all Cask’s house cocktails. Is there one you’re especially proud of?

A drink called 125th and York, which is an intersection in Harlem. The drink is a spin on a Manhattan. It’s just swapping out the vermouth for an amaro and using different bitters. It elevates the drink and it makes it something completely new.

Well, the question I get asked most often is “Why don’t my Old Fashioneds at home taste like yours?” So, I’m always telling people how to make a good Old Fashioned.

It’s 2 ounces of whiskey, a quarter-ounce of simple syrup, two dashes of Angostura bitters. Stir it 12 times over ice. Pour over fresh ice.

That’s my magic number. It gets diluted, but it still tastes boozy. Also, people always want to, like, muddle a sugar cube with a dash of water and the bitters. Literally, what you’re doing is making simple syrup. So just add simple syrup and skip that stupid step and you won’t have the gritty sugar at the bottom of your drink.

It’s not an ingredient, but it weirds me out that people are so obsessed with muddling. People always want stuff muddled into their drinks.

You take a stick and you use it to smash berries or herbs or whatever to impart flavor into the drink. It’s fine if you’re making a drink for yourself. But it’s bad in a bar setting because it’s inconsistent. Even if the recipe says to muddle 10 blueberries, no set of 10 blueberries is going to taste the same. Or mint. People want mint muddled in their drink but then it just gets bitter and gross and you can never straighten it all the way out and they end up with a mouthful of yard clippings.

I like that whiskey and gin have been enjoying a comeback. Gin in particular because it’s one of the original cocktail ingredients. For so long, gin has a had name because it’s probably what you stole from your grandparents’ liquor cabinet when you were 14 and you got really messed up.

At the end of a shift, I want a beer and a glass of bourbon.

The Reading Room has only a beer and wine license but your drink menu is incredibly inventive. How’d you do it?

Honestly, I didn’t go into this feeling like I had limitations or challenges. I felt like I had an open road to do something completely different, to really create something new and fresh. So, I spent the last year thinking about balancing cocktails - the best way to balance a cocktail is between sugar and acids. I looked at everything like that. I took rosé and made it my vodka. And then I was like, “Well, I need to add some kind of sugar, some kind of acid, something floral.” I never looked at it like, “Wow, how am I going to do this?” It was like, “How am I going to do what I want to do?”

Your drinks are completely outside the classic cocktail craze.

Yes, and it’s refreshing to do something different. Because everybody is doing classic cocktails right now.

What’s your most popular drink?

The All Things Rosé. That was the first one I created. I start with a French rosé called Château Grande Cassagne. Then I make an organic lavender simple syrup. I get fresh lavender from Kaleisia Tea Lounge in Tampa. Then I do some fresh lemon and Peychaud’s Bitters and then some Lillet Rose, which is a fortified wine from France that’s usually served as an aperitif. Because the drink is called All Things Rosé, I wanted do everything in it pink.

Did you personally invent every single cocktail on the menu?

Everything. And they really are all originals. You can’t find these drinks anywhere else.

Which one is most fun to make?

We have a drink called Slippery Slopes that has a smoked orange ice cube. I take orange peels and put them in a wood-fired oven. People are always surprised by that. It has Carpano vermouths, dry and sweet, and the smoked orange ice cube has Angostura bitters and cream soda and fresh ginger. It’s called a Slippery Slope because as the ice melts, the drink changes and the orange comes out. So the first sip you take is almost a little sweet, then it starts getting smoky — every sip tastes different.

Oddest ingredient you work with?

Nothing too odd, but I do use a lot of herbs and flowers. There’s a drink called Flower Power. It’s got lavender, basil flowers, a little elderflower, and Prosecco.

What most surprises patrons?

People are surprised that you can make a margarita without using tequila. We use Vinho Verde from Portugal, which has a little bit of effervescence in it. I do some muddled limes -- I make a spicy one with cayenne and local Florida honey - and then I add a smoked jalapeño rim.

I’ve been drinking a lot of white wine right now because it’s been so hot.

Room 901 is a quiet “conversation bar.” What’s that like after years working in loud places?

This job is perfect because there are no TVs and no loud noises. People sit here all night and talk and they don’t have to yell at each other across the room. I love it.

Most fun drink to make?

We love making our Old Fashioneds. They’re delicious. There’s a flow about it; it just happens really easily and ours turn out really good. There’s no secret to them. We just put love into them.

Ever invented your own cocktail?

We actually have one on the menu now, the French 901. It’s basically a French 75 but instead of lemon it’s got grapefruit juice. So, it’s gin, grapefruit juice, simple syrup and I add Bittermens Hopped Grapefruit Bitters to kick it into high gear and give it a little extra grapefruit kick and then it’s topped with champagne. It’s super light and crisp.

Eggs are always fun. You put a raw egg in a Pecan Flip and things like that. You use the egg white only and that helps create a nice thick fluffy cloud on top.

I just picked up a Jack Rudy Elderflower Tonic and I’m starting to play around with that in some cocktails. We made an elderflower gin and tonic with grapefruit juice instead of lemon and we used the elderflower tonic instead of regular tonic. So once again, it’s a super light, crisp drink, which is nice in summer.

Favorite thing about the job?

I’m a people person, so getting to interact with people on a daily basis for work is a huge plus in my book. I’m getting paid to sit and talk to people and to create artwork, in my book.

You consider a great cocktail a work of art?

Be creative and have fun.

We’re really all about our craft beers. They’re incredibly popular. A customer will come in and say, “I kind of like something darker” and we’ll talk and I’ll try to figure out something that goes with their palette. I’ll have them sample different beers to find that perfect beer for them.

Have you sampled a lot of the beers?

I have. Personally, I’m not that into craft beers. I like my Mich Ultra (Laughs). But some I definitely like.

First of all, all our craft beers are local. We take pride in that. Lately I’ve been seeing a lot of people ordering Reef Donkey by Tampa Bay Brewing. It’s an APA. Another really popular one is Trapeze Monk.

Do patrons ever ask you to pair a wine with their dinner?

Nobody asks me that. (Laughs) We serve burgers and wings!

What trends are you noticing?

The big trend is IPAs. They’re very bitter. I don’t really like them, but people love them.

What’s one quality a good bartender has to have?

Definitely personality. You’ve got to be outgoing. I’m the crazy weird one there — making people laugh, dancing around and being goofy. That’s just who I am. I’ll make a fool out myself to get a giggle out of somebody. You’ve got to do that sometimes.

My tip would be that a customer is coming in for a drink, but make them stay for you. Be so friendly that they’ll stay longer. I hear all the time, “Oh, I’m just having one,” and then they end up staying there for three hours.

Favorite thing about the job?

My regulars have become my friends. The staff and the owners are my family. It’s like “Cheers” at work. We’re a neighborhood bar, so we see a lot of familiar faces.

Learn to love 5-hour energy drinks because you’re going to need them. They really help! You take it at the start of your shift and - boom! - you’re good to go. My girlfriends at work, we’ll cheers each other with our shots, slam them down and we are ready to go.

Fireball Cinnamon Whisky. I’ll either get one out or have it at home. If I have something at work, it’s a Trapeze Monk. 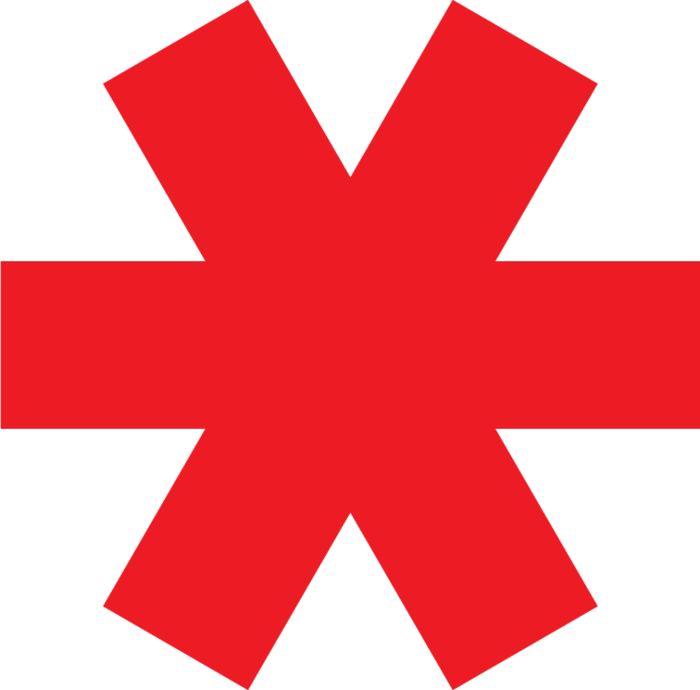 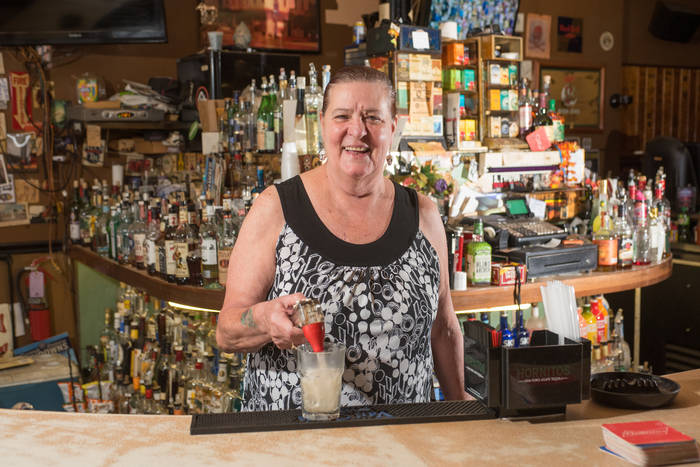