Pasco Sheriff Chris Nocco took over in 2011 and set out to transform the Sheriff’s Office into a cutting-edge data-driven machine. The result is an intelligence operation that monitors, intimidates and harasses families across the county.

Pasco’s sheriff uses data to guess who will commit crime. Then deputies ‘hunt down’ and harass them.

The response: Here’s what the Pasco County Sheriff’s Office had to say about our September investigation

Scroll down for complete coverage.

The federal agency expressed concerns with the program in an Aug. 6 letter to Sheriff Chris Nocco.

A coalition wants the school district to stop giving student data to the Sheriff’s Office when not required by law.

Critics of the agency’s intelligence programs called the letter ‘patronizing’ and ‘offensive,’ and raised continued concerns about civil rights

The Sheriff’s Office and School Board amended their agreement that previously allowed school resource officers to access grades, discipline and more.

The Department of Education will look into whether the school district violated federal law by sharing personal student information without consent.

“I don’t care that this is being done by a GOP Sheriff,” U.S. Rep. Matt Gaetz said on Twitter, referencing Sheriff Chris Nocco’s intelligence program.

A national public interest firm is representing the plaintiffs, who allege their First, Fourth and Fourteenth Amendment rights were infringed upon.

A Senate panel advanced a proposal that would require Florida school districts to obtain written consent from parents before releasing their children’s grades to law enforcement.

The group, which had given the district more than $1 million in grants, called the practice of providing student data to police “contrary” to its values.

The employee oversees community relations, social media and lobbying for the Sheriff’s Office. He also recently filed paperwork to start a separate company with Nocco’s wife, a political fundraiser.

A state senator has filed a bill that would regulate how law enforcement agencies can use data to identify and target people who might break the law in the future.

“This use of student records goes against the letter and the spirit of (the federal student privacy law) and risks subjecting students, especially Black and Latino students, to excessive law enforcement interactions and stigmatization,” he said.

Activists in Pasco County are renewing calls for a citizen board to review allegations of police misconduct following a Tampa Bay Times investigation into the Sheriff’s Office’s use of data in policing.

The comments followed a Times investigation that revealed the Sheriff’s Office was using grades to compile a list of kids at-risk of becoming criminals. “People post stuff to the internet,” he said.

Pasco County parents and teachers are calling for changes to a secretive Sheriff’s Office program that uses student data to profile schoolchildren as potential future criminals, with some demanding the practice be stopped entirely.

Dec. 11, 2020: What Pasco’s elected school leaders say about the sheriff’s use of student data

Times reporters asked the district and school board members for comment multiple times about the secret Sheriff’s Office program that identifies potential criminals using student data. Here is what they said.

One public interest law firm has sent mailers, looking for plaintiffs for a potential lawsuit against the policing agency. Several prominent civil rights groups are weighing legal action and public advocacy campaigns. The moves will bring a new level of scrutiny to Sheriff Chris Nocco’s intelligence-led policing initiative, which has grown for almost a decade with little notice or oversight. 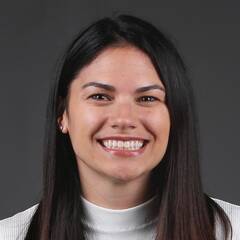 Kathleen McGrory is the deputy investigations editor at the Times. She was previously the newspaper’s health and medicine reporter. She joined the Times in 2015. [email protected] 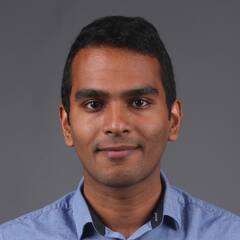 Neil Bedi is an investigative reporter at the Times. He was previously a data reporter and developer on the investigations team. He joined the Times in 2016. [email protected] 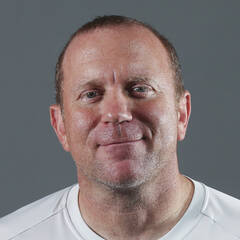 Douglas R. Clifford is a staff photojournalist at the Times. He joined the Times in 1998. [email protected]

Reach out to us: To tell us about your experiences with the Pasco County Sheriff’s Office and its intelligence-led policing program, email Kathleen McGrory at [email protected] and Neil Bedi at [email protected]. You can also use the encrypted messaging app, Signal, to contact the Tampa Bay Times investigations team at (727) 892-2944. For additional contact options, go to tampabay.com/tips.