These are the faces of the people sitting at the top of Florida’s criminal legal system in 2021, and specifically in Tampa Bay.

They are judges, prosecutors, public defenders and police leaders — people who make decisions every day that influence how that system operates.

Close to 80 percent of them are white, according to a Tampa Bay Times review of 425 top Florida officials, though 53 percent of the state is white.

That matters because people of color are disproportionately arrested and incarcerated. More than half of Florida's prison population is Black, though only 15 percent of the state is.

The Color of Justice: These are the faces of Florida’s criminal legal system.

Inspired by a New York Times analysis that reviewed 900 officials and executives in prominent positions across the U.S. and found 80 percent were white, the Tampa Bay Times turned its eye on the criminal legal system in Florida and our region.

Scroll down to see the faces of officials in top positions of power and read our report on the track records of local law enforcement agencies.

public defenders represent those who can’t afford to hire a lawyer.

sheriffs are elected to enforce laws in counties and oversee jails.

chiefs are appointed to command the police forces of Florida’s largest cities.

people are judges on the 6th Circuit Court serving Pasco and Pinellas counties. 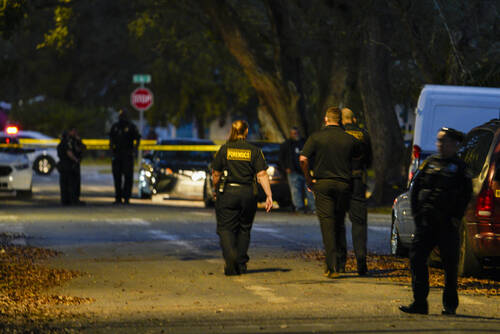 The lack of representation at police departments and sheriffs’ offices has been slow to change over the last decade, a Times analysis found. Here’s what officials say they are doing.

The Times made efforts to verify how each individual pictured identifies.

For police and sheriff’s agencies, the Times referred to employment records collected by the Florida Department of Law Enforcement.

For other officials, the Times sent questions to public information officers or to the official directly for their self-identification. Not all responded. Reporters also referred to public information, like news articles, Facebook posts and biographies, to select categories.

Some agencies do not distinguish between ethnicity and race, which can obscure Hispanic representation. The U.S. Census, in contrast, allows responders to identify by both and includes a category called “non-Hispanic white,” to capture the share of the population that identifies as white and not of Hispanic descent.

For the purposes of this project, the Times included people who identified as “Hispanic” over “white” or identified by their national roots in the minority section. For comparison with local demographics, we used “non-Hispanic white” for the white population.

Editor’s note:The percentage of white officials has been updated based on information received since publication.

For further reading on the topic:

Pew Research Center — Who is Hispanic?