Flooding will get worse in Tampa Bay. Tropical Storm Eta showed how.

Flood risk 101: Tampa Bay has huge flood risk. What should we do about it?

Resident tips: Own or rent a home in flood-prone Florida? Here’s some advice.

Forecasters and doomsday prognosticators have long labeled Tampa Bay among the riskiest areas in America for destruction from hurricanes.

The Tampa Bay Times wanted to determine how bad the danger is and why.

Determining how much rising seas will supercharge surge flooding is complicated by factors including topography, human-made construction and the physics of moving water.

The Times studied overall risk and the example of Tropical Storm Eta, which hit in early November 2020. In the first instance, reporters relied on National Hurricane Center maps, which show worst-case flooding for every spot on a map, depending on hurricane category. No single storm will cause peak flooding in every place. The maps illustrate general vulnerability.

Eta provides a case study. The model’s accuracy was spot-checked against conditions observed when the storm hit.

In some ways, these are low-end estimates for overall flooding. The modeling only looks at storm surge and does not factor in extra height delivered by waves. It also does not consider flooding from rainfall, which can lead to higher water inland.

It’s important to note these analyses have unavoidable limitations, too. Surge models are computer simulations. Reality will always be at least somewhat different. There’s no easy way to determine how high every building sits above ground, making it impossible to estimate how many homes or businesses could flood inside. But any level of water on a property could be damaging and dangerous.

The Times further took a conservative approach to estimating flood risk, measuring water at the midpoint of a building footprint rather than at a property’s edges. While assessing possible damage from Eta, reporters focused only on places where flooding could top 1 foot, the same threshold the National Hurricane Center uses to create surge advisories. 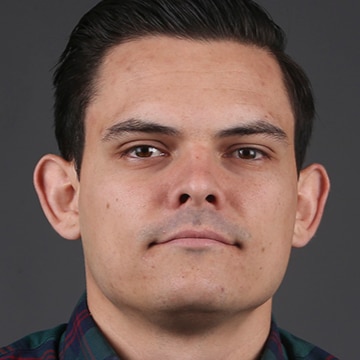 I cover the environment for the Tampa Bay Times, which is a big topic. Mostly I focus on how we treat the land, water and animals around us, and how they affect us, too. Some days that means wading into a harbor off Tampa Bay; others, it means dissecting the latest policy debate in Tallahassee. I began working at the Times in 2014 and am part of our hurricane team, which reports on storms across Florida. 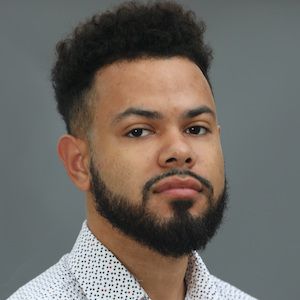 I write words. Sometimes they’re in code. I’m a Maryland native who first worked at the Times as a reporting intern in 2016. Now, as data editor, I help turn data and documents into journalism that serves Tampa Bay and all of Florida.